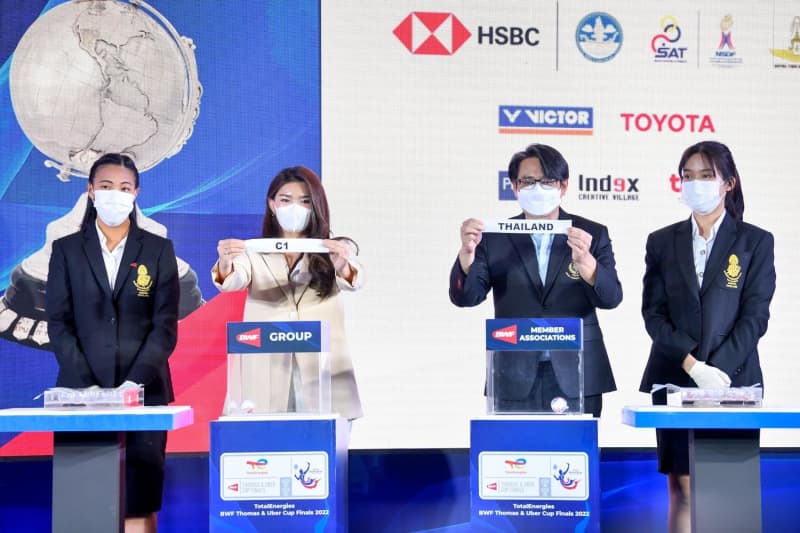 The Thai women were drawn into a relatively easy group in the Uber Cup while their male compatriots were handed a tough assignment in the Thomas Cup on Friday. The Thai women’s team, led by Ratchanok Intanon and Pornpawee Chochuwong, will play Denmark, Malaysia and Egypt in Group C. The Thai men will face holders Indonesia and South Korea as well as Singapore In Group A following Friday’s draw at a Bangkok hotel. The Thomas and Uber Cup Finals will be held in Bangkok from May 8-15. China, runners-up at the previous Thomas Cup, will have to contend with 2016 champions Denmark, France and Africa…