CAIRO, Egypt, Sept. 26, 2019 /PRNewswire/ — As a globally popular live streaming app, LiveMe has successfully attracted more than 150 million users. Recently, LiveMe interviewed one of its most renowned broadcasters, Lebanese supermodel, Saleh Abdulnabi. As LiveMe’s host, Saleh Abdulnabi is live on LiveMe for more than 40 hours a week to interact with the audience. 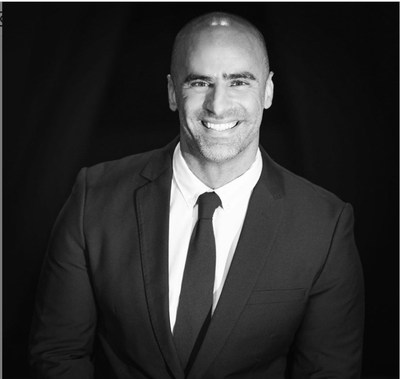 Saleh Abdulnabi talked about his recent situation and his feelings on LiveMe, through which he explained his life journey, shedding light on the latest updates of his career and work. After being recognised among the most handsome 100 Arab men list, Abdulabi’s exceptional appearance and performance enabled him to become the video clip partner of fellow Arab superstar singer Nancy Ajram, featuring in many of her clips, helping expand his popularity to new heights.

He has become the new dream boy of many Middle Eastern girls as his career propelled to acting in television series and appearing in top-hits, especially during the month of Ramadan.

Abdulnabi said, “Many think I fell off the map, but I am currently living in Egypt and I am shooting scenes in movies and series, including with star actress Ghada Abdulrazaq and Yasmin Abdulaziz. I recently also participated in a series with star actor Ali Rabea, while I am now taking part in a play directed by Khalid Jalal.”

“My fans who are following me know that I always go live on the LiveMe app, through which I am broadcasting my career and life updates as well as interacting with them about my daily life and the roles I played in the movies and series and future works. Friends who don’t know about this can download the app and follow me,” Abdulnabi added.

When asked about how he learned about the LiveMe app and when he started broadcasting through it, he replied, “I starred in Fateh Ainak (Open Your Eyes), a movie with star actor Mustafa Shaban. I became friends with a cast member and he told me about the LiveMe app and I looked into it. Interestingly, I found out that it’s the number 1 broadcasting application in the US and you can interact with your fans live. So I began using it with some of my close friends.”

“For me, LiveMe is like standing on the stage and you can get direct genuine feedback from the fans, interact with them and feel their love and encouragement. 150 million users are streaming through LiveMe and this is like having the combined population of Egypt and Lebanon following you. I take this opportunity to give a valuable tip to young people who dream to become celebrities: download LiveMe and start showcasing your talents through it. Many will follow you and will learn about your updates through the live streaming. Your fanbase will gradually grow and this will earn you a lot of business. This won’t cost you a lot of money, and at the same time it’s largely rewarding financially. It’s a great beginning for many people,” he commented.

Concluding with his future ambitions, he pointed out: “I will definitely continue using LiveMe to allow my fans to know the real me and I engage with my followers as this makes me very happy. About my future ambitions, I would like to direct a move about the live streaming and the story of these applications and the name of the movie will be +LiveMe+.”