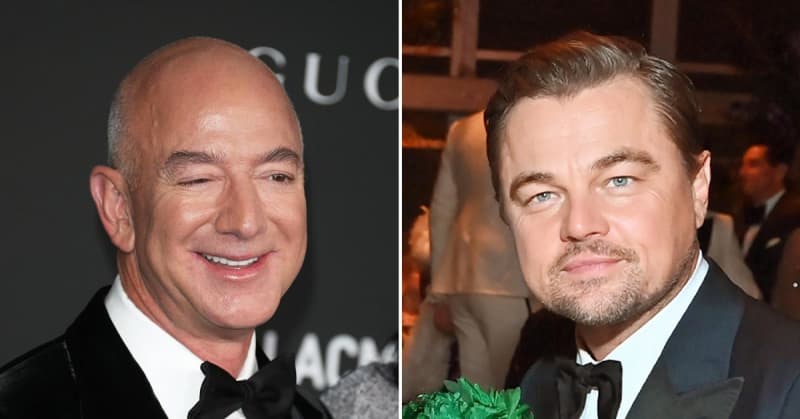 He’s got jokes! Jeff Bezos had a sense of a humor about a video featuring his girlfriend Lauren Sanchez appearing to swoon over Leonardo DiCaprio that has since gone viral. On Sunday, November 7, footage of the 57-year-old and Sanchez, 51, greeting The Wolf of Wall Street star at LACMA’s 10th Annual Art+Film Gala made its rounds. In the clip, the former news anchor — wearing a glitzy silver dress — beamed as she hugged a dapper DiCaprio while the trio made small talk. It didn’t take long before fans had a field day with the cringe-worthy video.“Find someone who looks at you the way jeff bezos’…